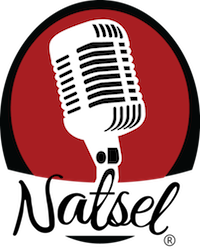 “The gifted pianist who preaches and teaches.”

Assel Jean-Pierre Jr is a Haitian American New York native,     has been playing piano since the age of 3 under the training of his father Assel Jean-Pierre Sr. He has a Bachelor’s in Classical Piano performance, under the tutelage of Laurent Boukobza, and a Master’s of Arts in Jazz and Composition, both from the University of Central Florida.

During his time at UCF, Assel accompanied the UCF Wind ensemble, the UCF Women’s Choir, and many instrumentalists and vocalists within the UCF music program. Assel is a professional pianist and choir director that has shared his talents with various churches such as Ward Chapel AME, Majestic Life Church; Pastor Riva Tims, LiVe Church; Pastor Tye Tribett, and Palm Bay SDA; Pastor Whitley Phipps, to name a few. On Sundays, he ministers at Ward Chapel AME, in Winter Park. There, he is the Minister of Music, where he teaches and directs each choir and ensemble. He is very active in his church community contributing his talents, time, and efforts whenever possible to God’s glory.

God has also blessed him to be able to perform, be musical director, and accompany a many high profile events. He was also the musical director of a show called Sunday Night Soul, and the play Church Hurts. He has had the opportunity to play for Jordan Fisher for the NFL Pro Bowl Halftime in 2018. He was the associate music director for NAD, an international conference for Haitian Adventist. He was the musical director for Fejah, an interstate youth federation program. He was the musical director of KCFA, an international conference for the Kenyan Christian Fellowship Association. Most recently he was an orchestrator, guest performance, and accompanist for the Gospel Goes Classical in 2018. There he arranged a piece for a 42-piece orchestrator, performed a piano duet with his father, and accompanied the orchestra while playing for artists such as Bebe Winans, Denyce Graves, and Monique Steele. He is also the winner of the GMWA scholarship competition, and many JPSONIC recital competitions. In addition, he has also had the pleasure of going to France, Greece, and Haiti, for international performances and training. He has had the honor and pleasure of working with world renowned and award winning pianists such as Pascal Godart, and his personal teacher, Laurent Boukobza.

​Outside of performing, Assel is also a piano teacher. He teaches styles such as Classical Piano, Jazz, Gospel, and also how to play by ear. ​

Assel also is an audio engineer, producer, and songwriter for JPSonic studios. He has recorded many artists, written multiple songs for albums, transcribing music, and also produced/sequenced tracks for artists in need. His latest release is the Hymns of Meditation for the Soul Vol. 1 and Vol. 2, by the Jean-Pierre Pianists, which is comprised of himself, his father Assel Sr., and his uncle Welmyr Jean-Pierre. Along with the album he has created a musical show, The Jean-Pierre Pianists, based on comedy, piano duets, piano trios, ranging from classical, gospel, and jazz.
His goals are to expand each of his endeavors into much larger venues and make the most out of his God-given talent and hard work, but most importantly follow wherever God leads him.